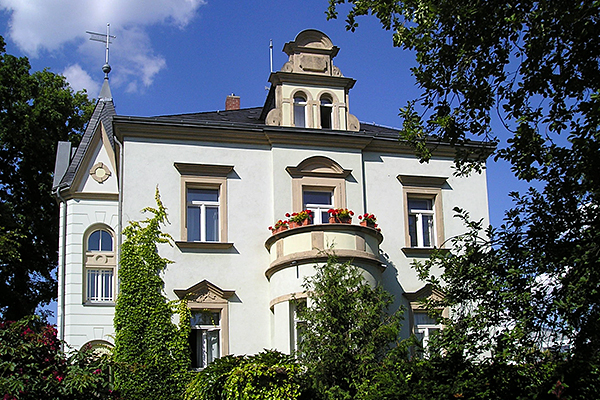 In the 15th century, the noble Karras family lived in a moated castle at the spot that is now the centre of Coswig. All that remains is the walls of the counter-castle, built from rough stones. The estate was given a new appearance and new owners several times until eventually an industrialist built a villa on the spot in 1897. It is still popularly known as the “Karrasburg”. After German reunification, it was restored as a public monument before opening as a museum belonging to Coswig town council in 1996.

Karrasburg Castle has a permanent exhibition on the history of Coswig and its districts, focusing on the location’s prehistory and early history, along with exhibitions on rural and civic life and work, and the history of the church. This is rounded off by temporary special exhibitions and numerous events.